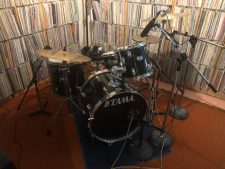 In the weeks since the new Donovan’s Brain album was released, the band are back in the studio working on the next album. Ric Parnell has visited GLEA twice this fall adding drums to eleven new songs from Ron Sanchez, Bobby Sutliff and Scott Sutherland. The band are currently looking at a total of twenty one new originals for future release. A busy winter of recording is planned. Sandbox Shadows has been getting good review in the US and UK press and world wide radio play

Meanwhile, Deniz Tek is overseeing finish work on his next album. The new one has taken a slightly new direction. Watch for details in the near future.