How it was that Roy Loney landed on Career Records

We here at Career are very pleased that Roy Loney decided to sign with us and bring the Long Shots along for the fun. I’ve known Roy since the mid 70’s when I met him while working in Bay Area record shops. Roy was employed by ABC Records at the time. We spent far too much time talking about our favorite bands, The Stones, The Kinks, and The Who. Deniz’ Flamin’ Groovies link comes from the Cyril Jordan era band that toured with Radio Birdman in 1978. The Groovies always had a connection to the Detroit Rock scene. Roy and Deniz first met at the first of the Sip and Dip Party here in Montana.

Scott McCaughey was another familiar face around Discount Records. He was usually in search of a Mott The Hoople “B-side” or talking about the Beatles. Five years after I had left Montana, I had a freak encounter with Scott and Jim Sangster after a Young Fresh Fellows gig in New York City. In the early 90’s Scott called to let me know that they would be teaming up with Roy for a tour of Canada and Washington as The Northwest Movers.

The third connection to the Longshots was via Joey Kline. We first met Joey here in Bozeman, in the early part of the 80’s when he came to town with his Missoula based band, Boy Toast. Joey eventually left his native Montana and headed for Seattle where he formed Prudence Dredge and later became part of the Squirrels.

Even at the time it seemed an odd coincidence that I already knew all the parties involved in this mad venture. The original line up of the Northwest Movers/Longshots was: Roy, Scott McCaughey-bass, Jim Sangster-guitar, Joey Kline-guitar, and Tad Hutchison-drums (also a member of YFF).

Since then we’ve learned that when ever there is a Long Shots gig scheduled, it’s probably a good idea to drop everything and go. In 1996, we even followed them over to Spain. The Longshots line up has changed some over the years. Kevin Lee from the Vancouver band Bum came in to play bass when Scott’s REM commitment became too much for yet another band. Graham Black from The Model Rockets has taken over the drum stool from the semi-retired Tad Hutchison. More recently Johnny Sangster has become the permanent bass players. When time allows, Scott can be found playing piano.

Career Records have released two Roy Loney And The Long Shots records, and look forward to working with him again in the future.

Shake It Or Leave It

Roy Loney, original Flamin’ Groovies songwriter/frontman continues his 30 year solo career with the third album with the Seattle based Longshots. Shake It Or Leave It finds Roy paying tribute to his musical influences. Roy Loney’s history of Rock and Roll, and his best solo release since the 1978 release, Out After Dark? These twelve new originals will leave you breathless and begging for more.

The Longshots, a truly top shelf band if there ever was, includes members of The Young Fresh Fellows, REM and the Plaintiffs. A select group of special guests include Mark Pickerel, Bobby Sutliff (Windbreakers) and Deniz Tek (Radio Birdman) who co-produced the album.

The music is all rock, with some unexpected twists. When Roy and the Longshots sit down to make music, it isn’t long before someone invokes the name Rockpile. It should be no surprise that Roy’s work with the Groovies was a major inspiration for the London Pub Rock scene of the early 70’s. Two guitars, bass, and drums, with a healthy dose of maracas, tambourines, and boogie woogie piano will start a party every time you slap this platter on the hi-fi.

Roy’s literate sensibilities and sly humor make for a mad mix of detective stories, Chuck Jones, Shakespeare, Gene Vincent, Massage Therapy and Freakbeat excursions. The Longshots nimbly navigate a dozen music styles, often times mixing them in ways never heard before. The lewd pulsating rhythms and massed guitars remind us why the government tried so hard to ban rock and roll in the fifties.

Career Records released the long delayed Drunkard In The Think Tank in 2004, but the ultimate goal was to record a new album. Roy’s vision for Longshots #3 was something “more organic”. He might have even used the word Americana once. By the time the Longshots got hold of the songs, all bets were off. When Tad Hutchison sits down behind the drums, all you can do is make sure the tape is rolling.

Roy Loney is an originator and is still creating vital music. In recent times, Roy has been seen on stage with contemporaries like the MC5, Radio Birdman and the Barracudas. His fans include Jack White, Little Steven, Kim Salmon and The Hoodoo Gurus.

Drunkard In The Think Tank

Roy Loney returns to center stage with his first full length studio release in ten years. Drunkard In The Think Tank is again a collaboration with the Seattle based congregation, The Longshots.

Roy Loney was a founding member of The Flamin’ Groovies. As lead singer/songwriter, Roy appeared on the band’s first four records, which were released between 1968 and 1971. Two Roy Loney compositions, Slow Death and the title track from the Teenage Head album have become rock and roll standards. Not bad for a band that never had more than a cult following during their twenty year life span. Now twenty three years since Roy’s last appearance with The Groovies, their important contribution to American Rock And Roll has been celebrated around the world.

Seven years after leaving The Flamin’ Groovies, Roy Loney formed the Phantom Movers. They released a string of critically acclaimed albums over the next ten years continuing in the vein that Roy had created with the Groovies. In 1992 Roy teamed up with Scott McCaughey, Jim Sangster and Tad Hutchison from the Young Fresh Fellows and guitarist Joey Kline. Dubbed the Northwest Movers, this band blazed a trail of destruction across Washington and British Columbia.

In 1993, Roy and the band now known as the Longshots reunited to play the Garage Shock Festival in Bellingham, where they proceeded to bring the house down, receiving the only encore of the event. Work also had begun on an album. Released in 1994, Full Grown Head found Roy in top form.

Roy Loney And The Longshots began a full schedule of touring and recording that took them to Spain for several sell our concerts. The Spanish only live album Kick Out The Hammmons was released in 1995. When Scott McCaughey’s commitments to REM prevented him from touring, Kevin Lee was borrowed from the Vancouver band Bum. Graham Black from the Model Rockets took over the drum seat at the same time.

Nine of the thirteen songs that make up Drunkard In The Think Tank are brand new Roy Loney originals. House Of Games and One Track Mind get things off to a roaring start. They answer the question: “can the boy still rock”? Anyone yearning for the Flamin’ Groovies sound, look no further. Steam is another bit of flat out rock and roll.

The character studies prove to be just as interesting as the rockers. He Talks To Himself is a nod to one of Roy’s heroes, Ray Davies. Scott McCaughey and Roy team up for the happily twisted Nobody Does It. Such A Nice Boy takes things to an even darker and heavier corner. Scott McCaughey contributes Grapey Wine, a tribute to a favorite activity. Roy wears his heart on his sleeve for Five Times A Fool. This dreamy ballad hints at Ricky Nelson and Roy Orbison

Digging deep into his encyclopedic knowledge of rock and roll, Roy turns up three choice covers. You Don’t Owe Me is a non-lp single from John Fogerty’s 1973 Blue Ridge Rangers. She’s The One is a 1964 American interpretation of the Mersey Beat sounds originally recorded by the Chartbusters. Also from 1964 comes the bonus track Move It Baby, a minor hit for Simon Scott and the LeRoys.

Selected Tracks: House Of Games, Jennifer Whenever, One Track Mind, He Talks To Himself. 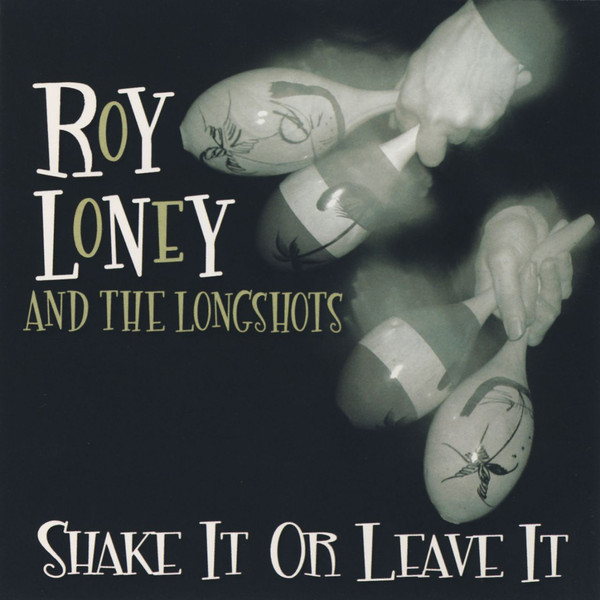 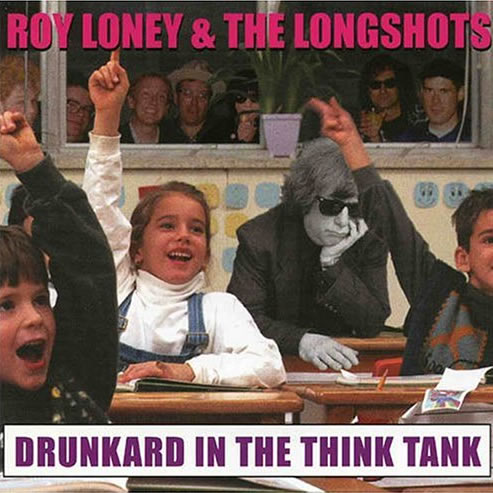 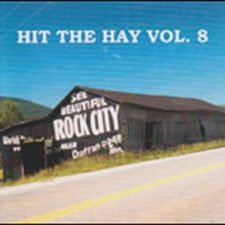