Deniz Tek has delivered Long Before Day, his fifth album for Career Records.

Deniz explores his many influences drawing on his signature Radio Birdman sound as the jumping off point. Taking One For The Team evokes Exile period Stones. Truck and Roll puts Chuck Berry in the garage. Ain’t Gonna (Stand for That) is a revolutionary anthem. Where is a soulful reckoning that the hour is late.

One of the album’s highlights, Speak of Ice is an introspective dreamscape inspired by fourteenth century Persian poetry and Howlin’ Wolf. The nod to country blues is a recurring theme heard throughout the album.

Deniz took advantage of the two-year tour hiatus on a Hawaiian coffee plantation to compose the carefully constructed guitar arrangements. Anne Tek brought her experience playing live with Deniz to the studio for her recording debut. The two guitars weave through all thirteen songs.

Keith Streng from the Fleshtones trades his guitar for the drums, his first instrument. Deniz’s long time musical partner Bob Brown produced the album and plays bass. Mort Bradley mixed Long Before Day, pulling all the elements together to give the album a strong, punchy sound.

Deniz Tek, originally from Ann Arbor, Michigan, is known as a founding member of the Australian based band Radio Birdman. His prolific career spans five decades encompassing both live performance and recording with countless bands.

Fast Freight is the new album from Deniz Tek and the Godoys. Art and Steve Godoy have previously recorded with Deniz as The Golden Breed and Last Of The Bad Men. They have also served as Deniz’s solo touring band for over 25 years. The twins are internationally known skateboard stars, tattooists and punk rockers.

Deniz has written nine new songs for Fast Freight. The album is rounded out by a new recording of the Birdman number Alone In The End Zone.

Deniz is enjoying a very creative period. Fast Freight his his forth album in six years for Career Records.

Deniz Tek felt the need to strike while the iron was hot and began work on Mean Old Twister just as the Detroit album was being released. Recorded between Radio Birdman tours, the new album captures that live energy with some new sonic textures added to the mix.

Mean Old Twister was recorded with the same band that appeared on Detroit. Drummer Ric Parnell is best known for his work in Spinal Tap and Atomic Rooster. Bassist Bob Brown has been working with Deniz since the Australian tour supporting Taking It To The Vertical, Deniz’s first solo album. Radio Birdman cohort Rob Younger stepped in to supervise the mix, adding another sharp ear to the process.

Twelve songs, twelve different emotions. Slashing guitars are the theme of this trip. Burned Black sets the tone right at the start. The shimmering surf instrumental Comanche winds down the first side. The autobiographical Stonesy country ballad Table For One is the lone quiet moment.

Free At Last, an acoustic folk song is the only diversion from the electric guitar attack on the second side. Death By Text takes the record out with a sly nod and wink. Deniz Tek is in the middle of a renaissance in his career. Two solid solo albums back to back only suggest there is more to come.

The CD and the Career Records vinyl editions feature different cover art. The LP cover is a Deniz Tek original painting. The CD is a photograph of Deniz’s famous Epiphone Crestwood Deluxe guitar.

Deniz Tek will be celebrating the release of Mean Old Twister with gigs in Australia, A European Tour is scheduled for Spring 2017. North American shows are also being discussed

Deniz Tek returns with the follow up to his critically acclaimed 2013 album Detroit. Crossroads is a preview of his next album due in 2015. This guitar lead rocker updates the crossroads myth for the modern age

The B-side was recorded live in the studio for Break Through Radio’s Rabid Sessions. This cover of the 1968 Fleetwood Mac hit has been a feature on Deniz’s live shows.

Twenty-one years after the release of Take It To The Vertical, Deniz Tek has released his second solo album Detroit. While other releases may have had his name at the top, this one is all Deniz. Those twenty-one years have seen constant touring with Radio Birdman, The Deniz Tek Group, The Golden Breed, Penny Ikinger, Dodge Main, DTK-MC5 and the Visitors.

A year of preparation preceeded the sessions for the album that became Detroit. Two songs were recorded with Bob and Steve Brown and then another five songs were demoed at the end of 2010. Album sessions began in January 2011, with Ric Parnell in the drum stool. By the end of the year 14 songs had been recorded and the focus turned to the finish work. Economical guitars and powerful rhythm section are all that is needed to get the point across A bit of blues harp and some keyboard coloring are the only extravagances.

A vinyl release was always part of the plan. Deniz arranged to take the album to Houston to mix at Sugarhill, with Mort Bradley behind the desk. At this point it was decided to mix the album in mono as well as stereo. The vinyl release would be released in mono and the CD would get the stereo mix. The vintage equipment would give the proeedings a proper vacuum tube glow when it hit the master tape.

Detroit is a deep complex album in many ways. The stripped down trio format gives the album a stark sound that carries the weight of the words, a grim assessment of the decline of the Motor City. 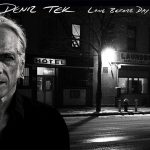 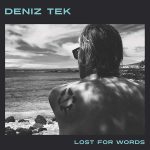 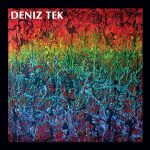 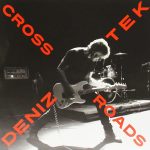 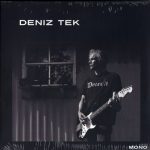 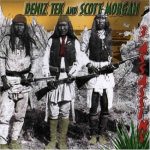 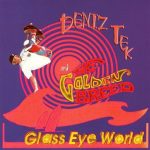