The Nomads cover Donovan’s Brain. High desert hotrod mayhem on this flat out guitar fueled instro. Nix and the Nomads are joined by Ron Sanchez and Richard Treece from Donovan’s Brain on guitar. From the soundtrack of the ski film 99 Sense. Recorded June 1999. The same session produced the B-side version of Top Alcohol and the title track to the Donovan’s Brain album Tiny Crustacean Light Show.

The Donovan’s Brain side of the EP continues the pedal to the metal assault. Bread Man Burning is a Grim Fairytale about a baker who gets too close to the fire and becomes toast. Deniz Tek supplies the scorching lead guitar. Snow In Miami is a 100 second out of control ride down the hill, with guitars. Recorded in 1998 and 1999 during the sessions for Tiny Crustacean Light Show and Great Leap Forward. It was completely reworked for the Bridger Bowl Ski Film Of The Day. The track was remixed again in 2014 for this release.

The Nomads storm back with their first new American release in 12 years. Solna – Loaded Deluxe Edition is a fully modified version of the original 2012 Swedish only release. Three newly recorded tracks have been added to this fortified Career Records debut.

Thirty years on, the Nomads have produced their strongest album yet. The current lineup has spent the last 20 years honing their sound, live and in the studio. Solna – Loaded Deluxe is the distilled essence of what the Nomads are known for. The formula is simple: a strong front man – Nick Vahlberg, guitar hero – Hans Ostlund, powerhouse drummer – Joakim Werning, and multi threat bassist/song writer – Bjorne Froberg.

The eleven original songs showcase the Nomads hard rockin’ side as well as their melodic skill. Solna kicks off swinging both fists with Miles Away and the fuzz drenched Hangman’s Walk. Never afraid to tip their hats to their influences, the specter of Blue Oyster Cult is cast over the moody The Bad Times Will Do Me Good.

Don’t Kill The Messenger, the first of the three new songs is added seamlessly to the track list. Side 2 of the re-sequenced album opens with Can’t Go Back, another Nomads classic. The Nomads have always shown a good ear for covers. Jack Oblivian’s American Slang proves to be a wise choice. Make Up My Mind might be the big surprise, with chiming guitars in the style of the Flamin’ Groovies.

The album winds up and out with a well-executed hat trick. Up Down Or Sideways is another garage rocker. The Way You Let Me Down just might take a tip from a Buddy Holly influenced Roky Erickson. The Nomads have long championed Roky’s songs and recently had the pleasure of backing him on a rare Swedish festival date. The final track, and the last of the new additions, Get Out Of My Mind ends Solna – Loaded Deluxe Edition on a perfect high note.

The Career Records board of directors has long admired the music of the Nomads and shares a friendship which extends back nearly 20 years. When approached about the possibility of releasing a new Nomads record, we didn’t hesitate to say yes. Solna – Loaded Deluxe Edition exceeded our expectations. We will be offering both a CD and vinyl release which will be available worldwide. 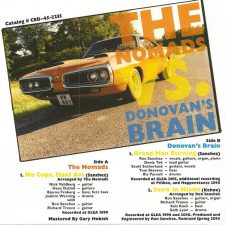 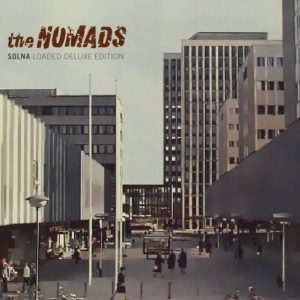 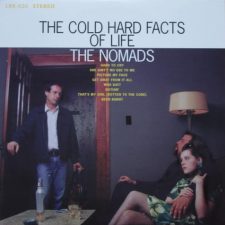