“Anyone who remembers the Wet Taxis will automatically recognise Ikinger’s name, and her unique musical style. If not, suffice to say she’s a graduate of the Radio Birdman school of rock who played with the likes of Tex Perkins, Charlie Owen and Louis Tillett before offering up this CD – her first solo project. As you’d expect, there’s a hard edge, but with sensitive lyrics and her amazing voice. It’s extraordinary.”
– Scott Ellis 7/10 Sun Herald, Sydney November 23, 2003

“Amazingly, Penny Ikinger started writing songs only four years ago. Before that, she played guitar in bands (Wet Taxis, Red Dress) and guested on the records of more famous contemporaries (Louis Tillet, Charlie Owen, Tex Perkins). It’s clear why Ikinger has been in such demand -her unique, angular guitar style is riveting, from the distorto-fest of ‘Poison Berries’ to the delicate lutely pluckings of ‘Kathleen’ (great film clip for this stand-out song included with cd too). ‘Maid of Orleans’, a haunting lament for Joan of Arc, achieves a mythic grandeur Patti Smith would proud of and makes my hair stand on end each time I hear it. Electra is an extremely assured debut album, strange, beautiful and deserving of your attention.”
– Readings Books & Music Monthly November 2003

“The songwriting is solid, with a personal voice already peeking its head through the guitar textures. The singer/guitarist has a knack for catchy melodies. Their immediate charm, almost pop at times, is counterbalanced by her sleazy guitar playing …there is something of Franoise Hardy and Marianne Faithfull in Ikinger’s voice and delivery. And there’s something resolutely psychedelic in her band arrangements… We reach cruising speed with Electra and Shipwrecked…I don’t know why the closing Gladly Slip Away reminds me so much of Concrete Blonde — a compliment.”
– François Couture All Music Guide November 2003

“Messrs. Ron Sanchez and Deniz Tek over at Career continue their marvelous documentation of the (female) Australian underground scene with this fascinating release from one of rock’s most impressive …. female guitarists. It’s clear from the blazing fury of opener “Poison Berries” that Penny is ready to take America by storm. …….. The gut wrenching soul dump of “The One I Sent Away” will no doubt draw comparisons with fellow Aussie crooner Nick Cave, although the dirty-assed, alcohol-fueled backing is more Crazy Horse than Bad Seeds. For those who like their wild women and their blues with a ballsy, punky aftertaste, Penny should be at the top of your “to do” list.”
– Jeff Penczak FakeJazz.com. October 2003

“a voice of aching pleasure coming through her liquid guitar and wanting to be drawn closer to it”
– Ross Clelland, Drum Media, 5th Nov 2001

“combining a dangerously seductive voice with a guitar she makes sound so alive it breathes, Ikinger eschews the predictable in favour of an enchanting uncertainty”
– Fred E Gostein, City Search, 30 Oct 2001

“Slow and inevitable, like sunrise on your execution day”
– John McPharlin, i94 bar, Nov 2001 www.i94bar.com

“weaving together noise and narrative in the air in front of your eyes…like the best songwriters, her songs are flights of the spirit and the imagination: word pictures; stories in sound…the instruments and vocals coalesce into a single harmonious whole”
– J. McPharlin, i94 bar, Nov 2001 www.i94bar.com

“Ikinger is known for her unorthodox technique and distorted – at times abrasive – sound, but (here) she reveals a softer side…” Nick Olle, Wentworth Courier, Nov 7th 2001 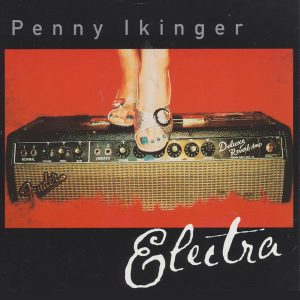 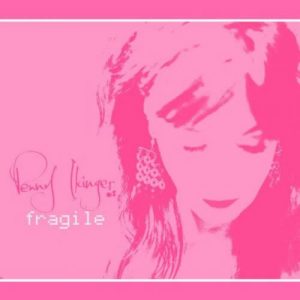